The Role of Carbon Dioxide in the body

It's rather counter-intuitive, but breathing heavily actually decreases the amount of oxygen in the blood, causing oxygen starvation in the tissues.

This is because the carbon dioxide dissolved in the blood in the form of carbonic acid regulates the acidity, which must be maintained within a very narrow range to efficiently release oxygen to the tissues where it is required (The Bohr Effect, covered detail in the Advanced Breathing Course).  Heavy breathing throws off this critical balance.

Buteyko theory predicts that too low a level of carbon dioxide in the blood starves the tissues of oxygen, resulting chronic diseases which can be improved or eliminated when the breathing abnormality is corrected.

The Buteyko Breathing Method aims to correct this by changing our breathing habits, so that we breathe less, not only while doing the exercises, but throughout the day and night. This takes time and effort but the results can be very worthwhile.

We breathe more heavily than our ancestors for several reasons tied to the modern lifestyle:

How common are problems from Overbreathing?

It's hard to get an accurate estimate but these are some facts that I've gathered: 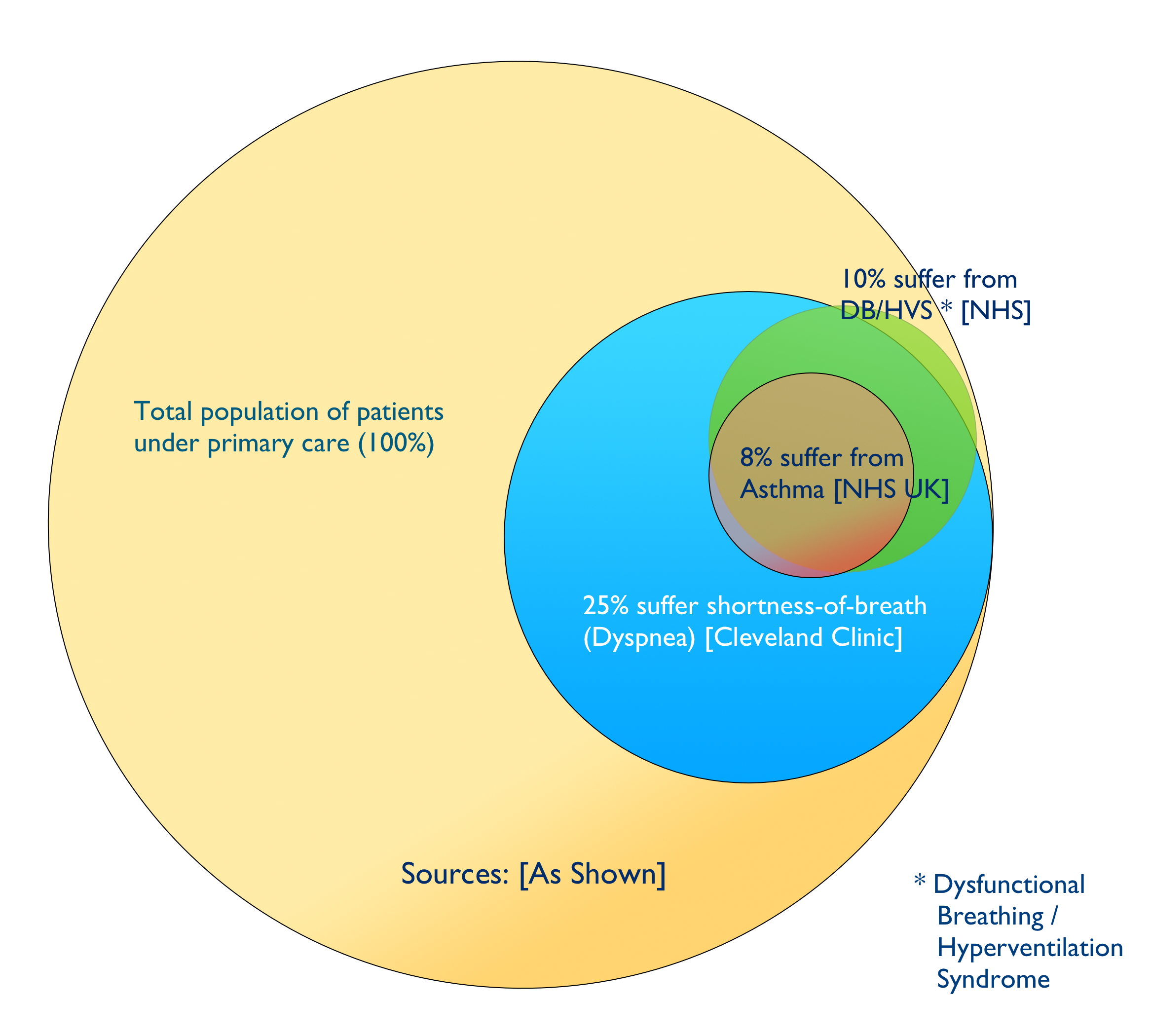 It's hard to get an accurate estimate but these are some facts that I've gathered:

Bearing in mind that the percentages above are for clinically diagnosed cases, we can say that a far higher percentage of the population, maybe half, suffer from sub-clinical DB/HVS - a level that does not require hospitalization or formal medical treatment, but can impact the quality of life.

On top of this the incidence of DB/HVS increases with age,  so the probability of an older person overbreathing is very high.  The Buteyko Breathing Test and Nijmegen Questionnaire are designed to identify these cases.

Terms and Conditions
Not Viewed
The Buteyko Plus™ Basic Breathing Course
Not Viewed
What do the test results mean?
Not Viewed
Overview and Key Principles (text)
In Progress
Special Considerations for Women
Not Viewed

Where to from here?

Dermod Wood
Dermod Wood, PhD, is a Certified Buteyko Practitioner, the developer of this program, and principal "lab-rat" for the material. He has been practicing and teaching the Buteyko Method since 2005, and also researching and investigating the other factors that contribute to a long, healthy and happy life.

Please log in again. The login page will open in a new tab. After logging in you can close it and return to this page.